With help from community volunteers, Lafarge has started planting native plants, shrubs and trees along Exshaw Creek to restore the natural ecosystem and complement the recently completed flood mitigation work.

The new vegetation will restore approximately four hectares of land on the east side of the creek that was cleared for construction last year. The parcel of land parallels Windridge Road from Bow Valley Trail to the pedestrian bridge that crosses the creek. 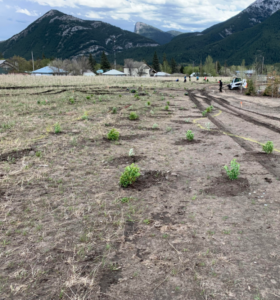 “This year, we intend to replant the area with native trees, bushes, flowers and grasses to return it back to its natural state. This restoration will improve water retention, reduce erosion and create wildlife habitat. It will also improve the aesthetics for residents in Exshaw,” said Nick Veriotes, Manager of Environment and Public Affairs for Lafarge Exshaw.

Lafarge has purchased trees for the project. This is in addition to the $3.7 million contributed in material and land for the flood mitigation project.

In addition to planting native shrubs and trees, Lafarge intends to plant wildflowers and install bird boxes to create habitat for local wildlife. The team will also clean up four overgrown plots of land in town and replant them this spring with native wildflowers.

The aim of this project is to restore the local ecosystem, while simultaneously improving water retention and erosion. Over time the trees will also act as a windbreak and improve the aesthetics of the area. 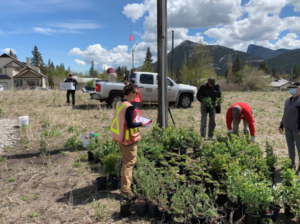 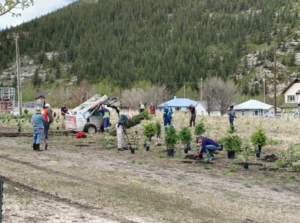 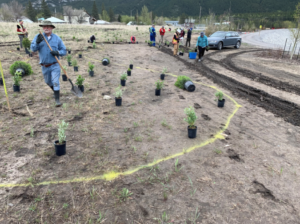 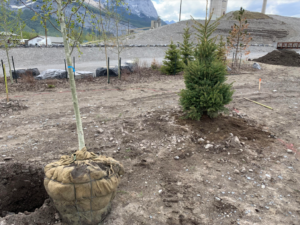