Nick Veriotes has been named the new Manager of Environment and Public Affairs for the Lafarge Exshaw Cement Plant. He joined the team in late January and has been busy getting acquainted with the plant’s operations and long-term planning. 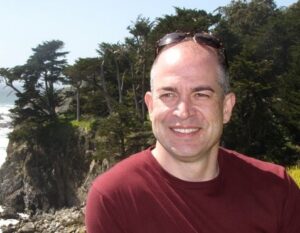 Veriotes has a degree in environmental engineering from the University of Guelph and is an expert in air quality monitoring. Throughout the course of his career, he has worked for various industries to help them become more environmentally sustainable, including spending four years working at Lafarge’s cement plant in Bath, Ont., where he was the plant’s Environmental Coordinator.

During his time with Lafarge, he improved the plant’s environmental performance, worked with the local community to develop wildlife habitat, helped the company implement its alternative fuels program and won several awards, including the Lafarge North American Award for environmental excellence and a certificate from the Wildlife Habitat Council for his efforts to make the environment around the plant more habitat

“Lafarge has been the highlight of my career. I enjoy working at Lafarge because of the people, the company culture is fantastic, and Lafarge is one of the few companies that walk-the-walk,” said Veriotes.

“Lafarge really cares about the community and the environment and that’s very important to me. I am looking forward to working with local residents and stakeholders to understand and help solve issues and find opportunities to do even better.”

In 2009, he moved to Alberta and worked for Suncor as well as Total E&P Canada Ltd. to help manage their oil sands projects. After spending three years between both companies, he joined Canadian Natural Resources where he led a $13 million research project with multiple stakeholders and different levels of government to determine the emissions of area sources of methane and carbon dioxide. He also worked for a period in the steel industry for Evraz Steel, located in Regina, Sask.

When he’s not working, he spends his time with his wife and dog in Calgary and enjoys tinkering with electronics, playing guitar and scuba diving.

Veriotes replaces Janet Brygger, who worked for Lafarge for the past 13 years and was the plant’s Regulatory and Public Affairs Manager.

“I am looking forward to working with Nick to help us become even more environmentally sustainable and support our local community. Nick brings a wealth of expertise and experience, which will only help to serve him in this position,” said Kate Strachan, Manager of the Lafarge Exshaw Cement Plant.

“I also want to thank Janet for her years of dedication to our company and team. Her expertise has helped the Exshaw cement plant become more environmentally sustainable and efficient. Her commitment will be missed.”